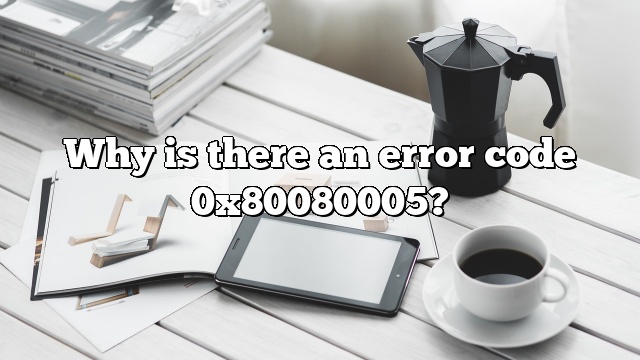 Press “Windows” + “I” to enter settings and click “Update & Security”. Select “Windows Update” in the left pane and click the “Check for Updates” button. Check if the problem persists.

However, some error 0x80080005 is a known error and let’s understand its cause. This issue occurs because Microsoft Background Intelligent Transfer Service (BITS) version 2.5 or later must be installed first, and the SCCM client must be installed.